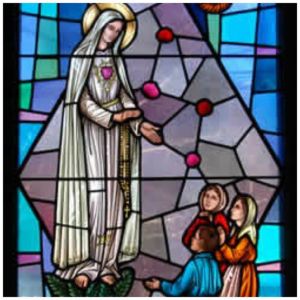 Fatima and Mary, Mother of Jesus!   Pope Francis is to travel to the Portuguese town of “Fátima” this weekend to canonize two of the three children who had visions of the Madonna there in 1917, foretelling events to come. May 13, 2017 is the 100th anniversary of the vision or apparition of the Holy Mother.  1

There is no clear description of the source of the name of the town of Fatima, which leaves out the juicy details that combine the two most sacred and revered women of the Christian and Muslim world, Mary and Fatima.

The Idrisids were a Morroccan Muslim dynasty 8 – 12 century who trace their lineage back to Ali and Fatima. An Arab-Berber military group led by Tariq ibn Ziyad crossed to Gibraltar in 711 and defeated the waning Visgoth rulers. Spain and most of Portugal—known as Al Garb al- Andalus (west of Andalus) was under Muslim rule from 711 until 1249. During that time the town of Fátima received its name. 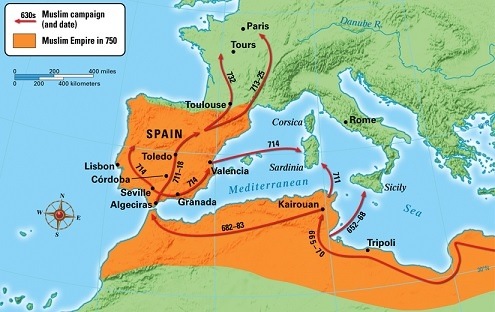 Within 200-300 years of the initial invasion, much of Spain’s population was Muslim, numbering over 5 million people, many of them people originally from Spain whose ancestors had converted, not immigrants. The Christians and Jews lived along side the Muslims in cities like Cordoba, Granada and Seville.  It was a golden age in Spain.

That a place would be named after Muhammad’s daughter Fatima was natural at that time. One story marks a legend of a Muslim/Christian marriage that resulted in the name. In the map of Portugal, the district of Ourém, north of Lisbon, contains the town of Fátima, population 7,756.  The field known as Cova da Iria is the place where the visions occurred. Millions of people visit this place for blessings. 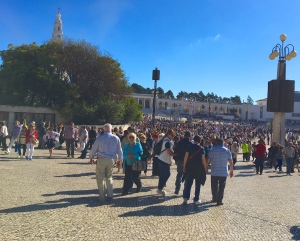 As I mention in the preface of my book: Fatima’s Touch, Poems and Stories of the Prophet’s Daughter, “…most Americans know her (Fatima al Zahra’s) name only because of a Christian shrine in a small town in Portugal named for Muhammad’s daughter.”

The two women most revered over centuries and in present time are Mary, Mother of Jesus and Fatima, Daughter of Muhammad. The number of daily prayers offered to these two women of history and legend are beyond counting. The Protestant Christians and Sunni Muslims are not as devotional toward Mary and Fatima as Catholics and Shia Muslims, yet Mary or Fatima are regarded by all with great respect and admiration. The Qur’an mentions Mary, Mother of Jesus 34 times! She is considered one of the most pure and honorable women ever born.

Given that magnetic energy, it is not surprising that the veil between the manifest and unseen was parted and messages and predictions passed on from Madonna to children with their open hearts and minds. One of these “children” was Sister Lucia Marto, who died in 2005 at age 97. The other two children died soon after the visions. According to Sister Lucia’s niece, her aunt’s advice was to “…pray the rosary every day… always start it, and if you don’t finish, Our Lady (Mary) will finish it.” 2 [There is a story that when Fatima’s beloved Uncle Hamsa died, she made a chain of beads (tasbih) from the soil of his grave mixed with her tears and used that for prayers. 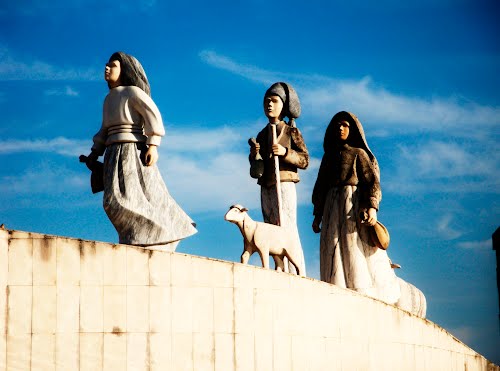 The children had more than one vision:  <>  According to the children, Mary appeared to them six times that year. In one appearance, Mary said a miracle would occur on Oct. 13, 1917. Initially the children were scolded and even threatened with death for spreading what were considered baseless stories. But pilgrims from all over the world gathered in Fatima on that date and awaited Mary’s appearance. In what came to be called the “Miracle of the Sun,” many reported seeing visions in the sky while others reported miracles of healing. A newspaper of the day reported, “Before their dazzled eyes the sun trembled, the sun made unusual and brusque movements, defying all the laws of the cosmos, and according to the typical expression of the peasants, ‘the sun danced.” 3

Bringing the name of Fatima into the heart of a celebrated vision—with the leader of the Catholic community is a great opportunity to widen the view of these great mothers, historical women, Mary and Fatima. May divisions between religion be replaced with mutual appreciation!

1 thought on “Fátima, Visions of Mary and the Pope” 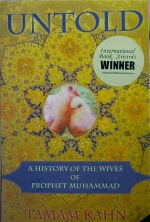